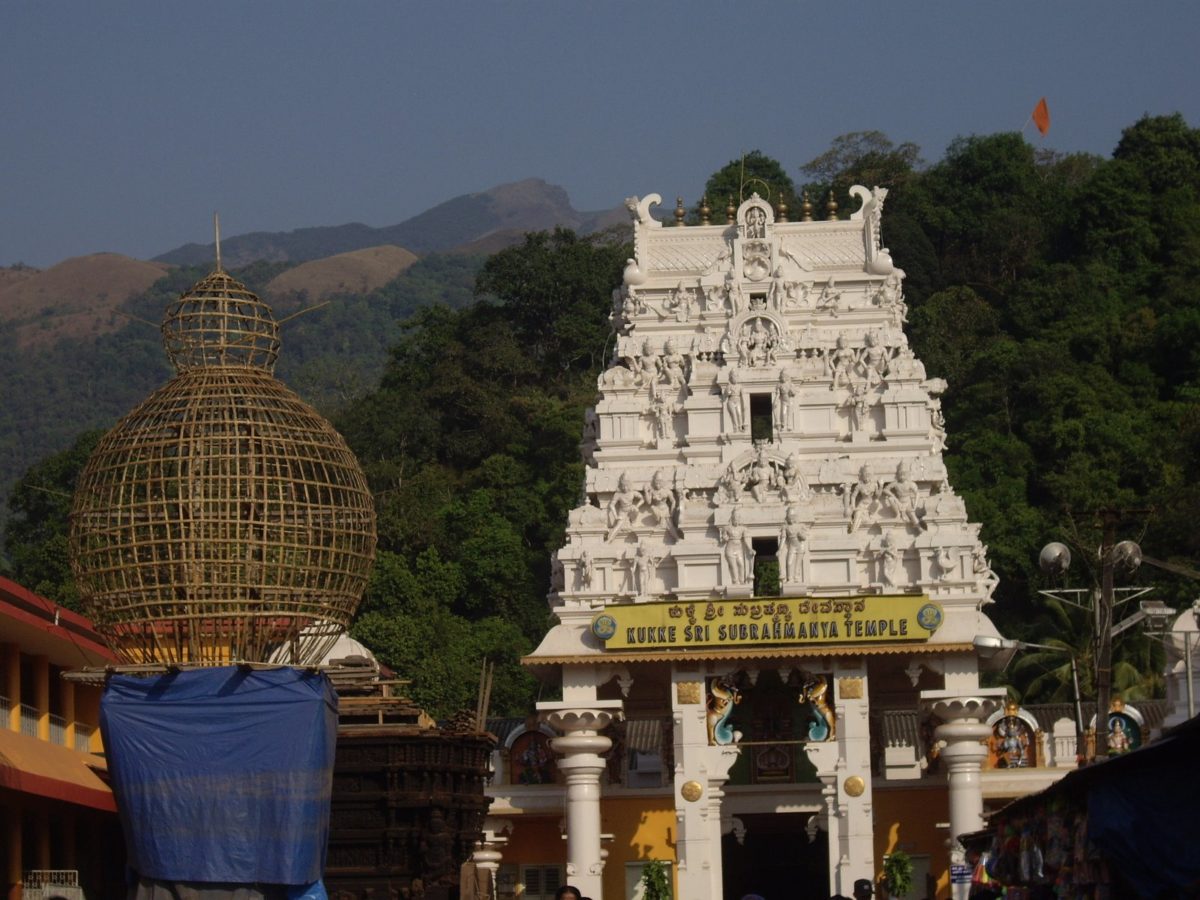 Dedicated to Lord Subramanya (son of Lord Shiva) is Hindu shrine located in Karnataka known as the Kukke Subramanya Temple. This “Lord of Snakes” is situated in a village called Subramanya in the Dakshina Kannada district. Known for its architectural splendour this temple comprises of a “Silver plated Garuda Pillar” that is situated in between entrance and the inner chamber. Furthermore, this pillar is supposed to protect devotees from the toxic breath of Vasuki (a Nagraja) who resides in this temple. In addition, this temple is renowned for sacred rituals such as Sarpa Samskara/Sarpa Dosha which apparently helps those affected by the “curse of the serpent” in getting rid of it.

a. How to reach  Kukke Subramanya Temple

The nearest railway station to this temple is located in Mangalore. The Mangalore Railway Station is well connected to major cities in the country.

There are three routes from Bangalore to this temple, and they are via Bandadka-Bangalore Road, via NH275, and via NH948 and NH275.

There are two routes from Coimbatore to this temple, and they are via NH948 and NH275, and via Bandadka Bengaluru Road.

b. Religious significance of the Kukke Subramanya Temple

A popular legend states that, it was after destroying Asura chiefs Tharakasura and Soorapadhma that Lord Subramanya (son of Lord Shiva) arrived at this village. It was over here that Lord Indra requested Subramanya to marry his daughter Devasena. In response, Subramanya acceded to this plea and the marriage ceremony was carried out in this village with great fanfare. Meanwhile, “The King of Serpents” Vasuki in the meanwhile also requested Lord Subramanya to provide protection to his community (i.e. snakes) against the serious threat posed by “Garuda, the divine eagle”. In response Subramanya accepted this request, and decided to stay back at this village so as to provide protection. Thus, it is in honour of Lord Subramanya’s grand gesture of staying back (at this village) that this temple was eventually constructed.