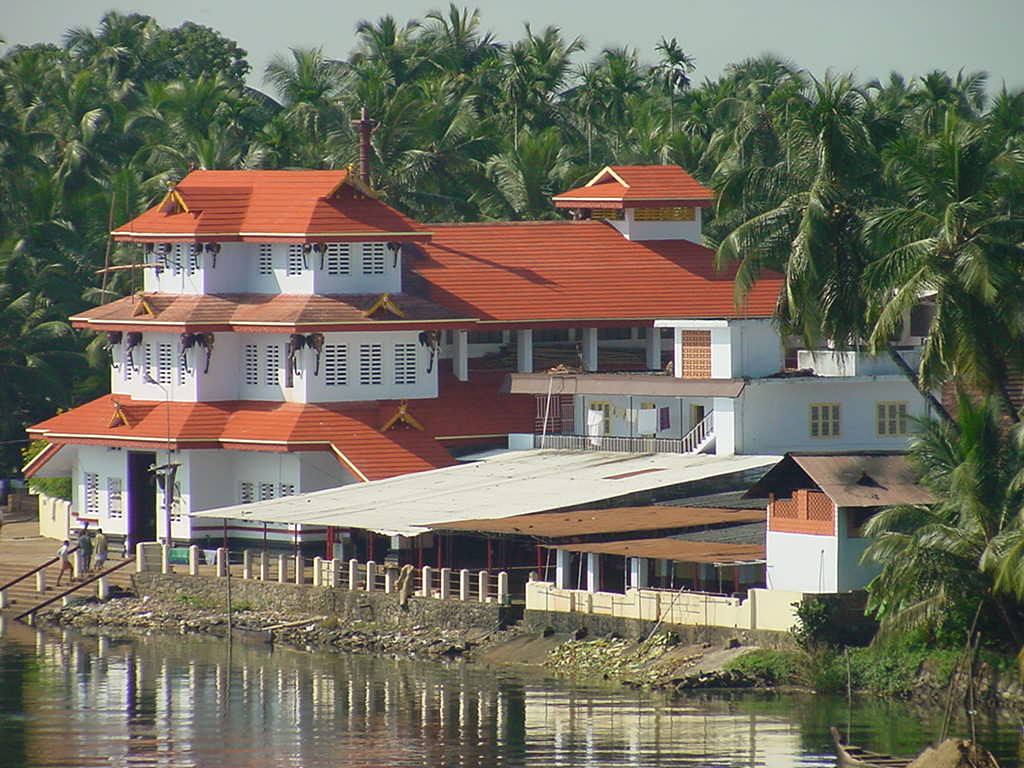 Also commonly referred to as “Muthappan Temple” is a Hindu shrine in Kerala known as Parassinakadavu Muthappan Temple. This “Lord Muthappan” devoted temple is located in a small town called Anthoor in the Kannur district. Apparently the primary idol worshiped at this temple (i.e. Muthappan) is considered to be a “vedic” and not a “folk” deity. In addition, it has also been said that this deity might be closely linked to either Lord Shiva or Vishnu. In addition, a popular festival called “Muthappan Thiruvoppana Mahothsavam” is celebrated with great fanfare at this temple in the month of March for three days i.e. 3rd, 4th, and 5th.

The ideal time to visit this temple is during the winter from December to February when the climate is extremely “pleasant” and the temperature ranging from a maximum of 29 degree Celsius to a minimum of 13 degree Celsius.

b. How to reach Parassinikadavu Muthappan Temple

The nearest railway station to this temple is located in Kannur at a distance of 14 km. The Kannur Railway Station is well connected to major cities in the country such as Mumbai, Pune, Chennai, Bangalore, Goa, Jaipur etc.

If you intend to drive to the Parassinakadavu Muthappan Temple the starting points located at close proximity are Bangalore, and Kozhikode.

The closest airport to the beach is located in Calicut. The Calicut International Airport is well connected to major cities in the country as well as international destinations.

A popular legend states that there once lived in the Kannur district in a town called Anthoor a couple Naduvazhi, a Brahmin and his wife Padikutty Antharjanam. This couple however had no child of their own. Then one fine day Padikutty (a devotee of Lord Shiva) found a child floating in a basketful of flowers in a river while she was bathing. She then considered this child as gift from Lord Shiva himself and along with her husband adopted this child. This child then grew up to be extremely sensitive and always helped the poor. Unfortunately he happened to also eat non-vegetarian instead of vegetarian (the diet usually consumed by Brahmins). This unconventional eating behaviour brought him in direct conflict with his parent’s values. It is then due to this conflict that he decided move away from his parents. It was then that Padikutty attempted to stop him which resulted in the boy showing his true godly self. She then bowed down in respect to her son and requested him to cover his eyes since she was petrified that the “fiery look” could lead to radiation of cosmic force called “Shakti” which could potentially alter the universe. It was then that her son i.e. Muthappan closed his eyes and travelled via various villages in Malabar. Now since he (Muthappan) was found in a river in Anthoor a temple was devoted in his honour in this town.

Accommodation – Hotels, Resorts and Home Stays in and around Parassinakadavu Muthappan Temple :

Click on the link here to check out the places to stay near Parassinakadavu Muthappan Temple, Kerala  on Google Maps.