Established by a Vaishnavite saint Shree Madhavacharya is the Hindu shrine located in Karnataka called Shree Krishna Matha.  This “Lord Krishna” devoted temple is situated in the Udupi district. It is said that the idol of Lord Krishna seen at this temple was first discovered in a ball consisting of “Gopichandana”.  Furthermore, this temple complex comprises of eight monasteries i.e. mathas that includes Pejavara, Puttige, Palimaru, Admaru, Sodhe, Kaniyooru, Shirur, and Krishnapura. In addition, this monastery/temple is popular for its religious customs, and is also a centre for learning “Daasa Sahitya”, a kind of literature that has been developed in Udupi.

a. How to reach Shree Krishna Matha

The closest major railway station to this temple is located in Mangalore. The Mangalore Railway Station is well connected to major cities in the country such as Chennai, Mumbai etc. Alternatively, the Udupi Railway Station can also be used.

There are two routes from Mangalore to this temple, and they are via NH66 and via Karkala Padubidri Road and NH66.

There are two routes from Bangalore to this temple, and they are via NH75, and via NH275.

There are three routes from Udupi to this temple, and they are via Convent Road, via NH169A, and via Kavi Muddana Marg.

There are three routes from Coimbatore to this temple, and they are via NH66, via NH275, and via NH75.

The nearest airport to this beach is located in Mangalore. The Mangalore International Airport is well connected to major cities in the country as well some major destination in the Middle East.

b. Religious significance of the Shree Krishna Matha

According to a popular folklore, a 13th century Vaishnavite saint Madhawacharya one fine day happened to discover an idol of Lord Krishna in large ball of “gopichandana”. It was around this idol that the temple was then constructed. There exists yet another legend as to why the “Lord Krishna” idol at this temple faces the west. According to this story an ardent devotee of Lord Krishna, Kanakadasa once happened to live in front of the complex of this temple, and not within because he was an untouchable. Now apparently having being impressed by the devotee’s (i.e. Kanakadasa) extreme devotion, the idol in the temple suddenly shifted directions from the east to the west.  Now there was a crack on the wall facing the west. It was then through this crack that Kanakadasa managed to finally worship Krishna, and ever since that day this wall has been used by devotees to worship this idol and has aptly been named “Kanakanakhindi”. 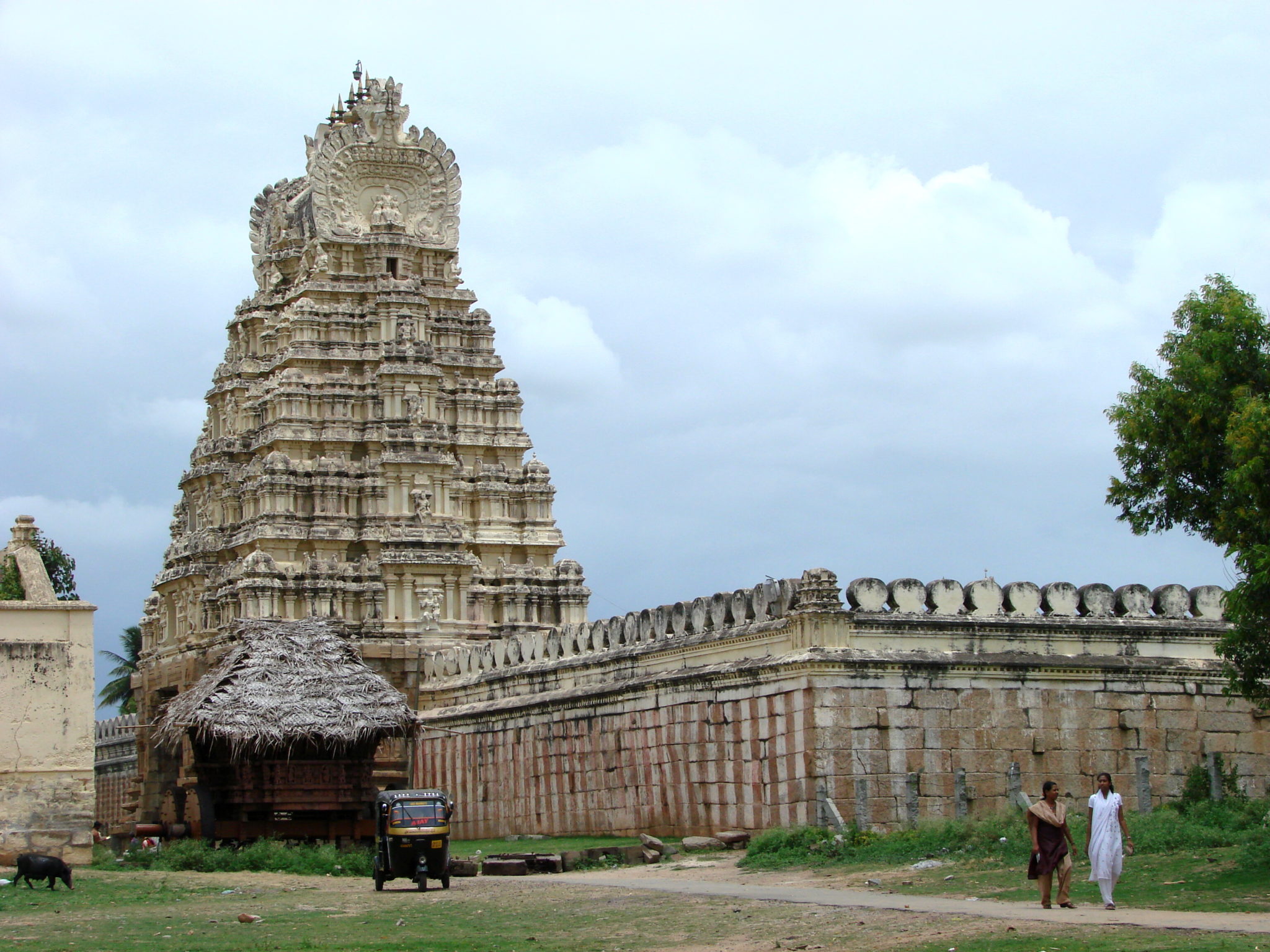